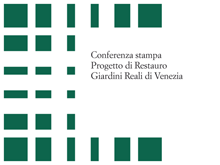 The pergola crosses the Gardens from east to west for about ninety meters. It is composed of forty-six columns that delineate the straight path it follows, with a series of twenty-three spans, measuring three meters each, and six other elements that complete the route at its west end with an octagonal gazebo.
It was built in the 1850s, as is indicated by the refined technique of its metal elements. After the cast iron used to make them was poured, these elements were finished with mechanical means – grinding wheels, chisels and cutters. It was left uncovered, and there is instead a perimeter frame of connecting beams whose main function was to support climbing plants. The columns, joined by beautiful cast-iron decoration, block the upper parts of the frame with a closing disk topped with a circular pinecone-shaped element serving as an interlocking screw.
Restoration involved disassembling all the cast-iron components. They were cleaned and their stability and state of conservation was evaluated; any missing elements were reproduced in fusion and are identical to the original ones they replaced. 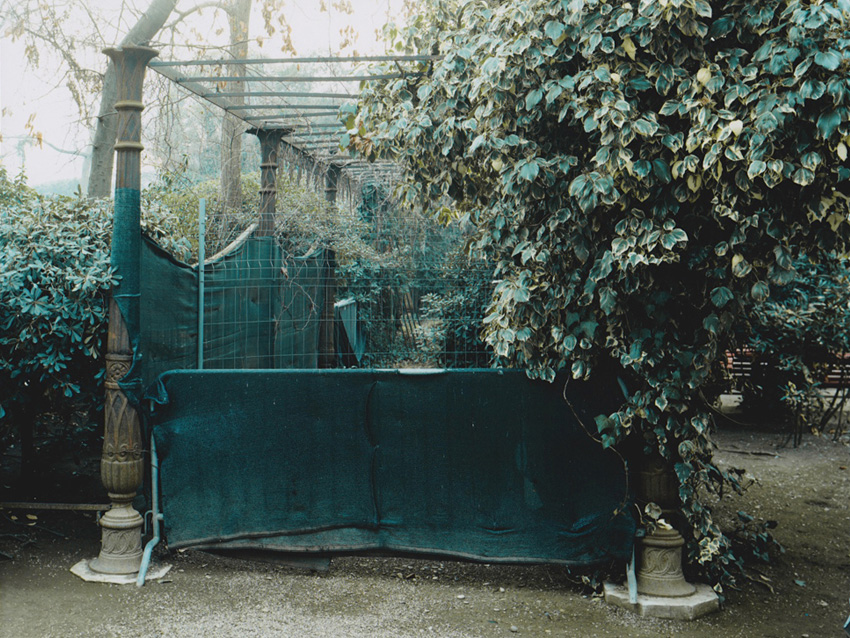 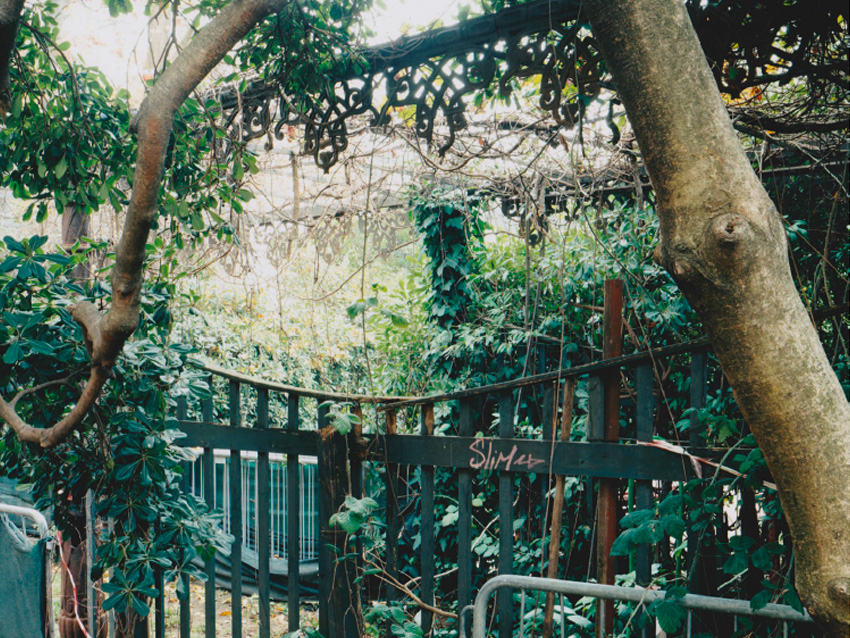 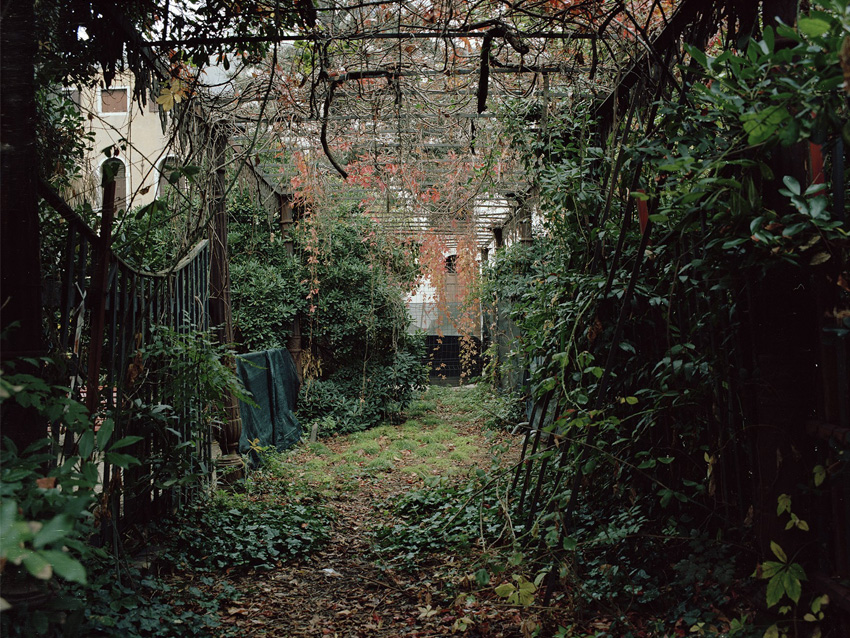 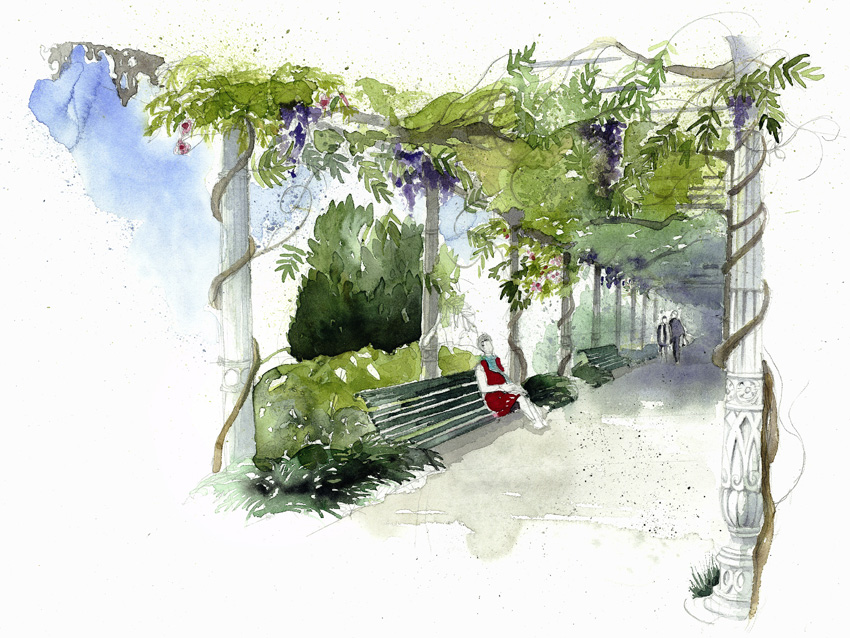 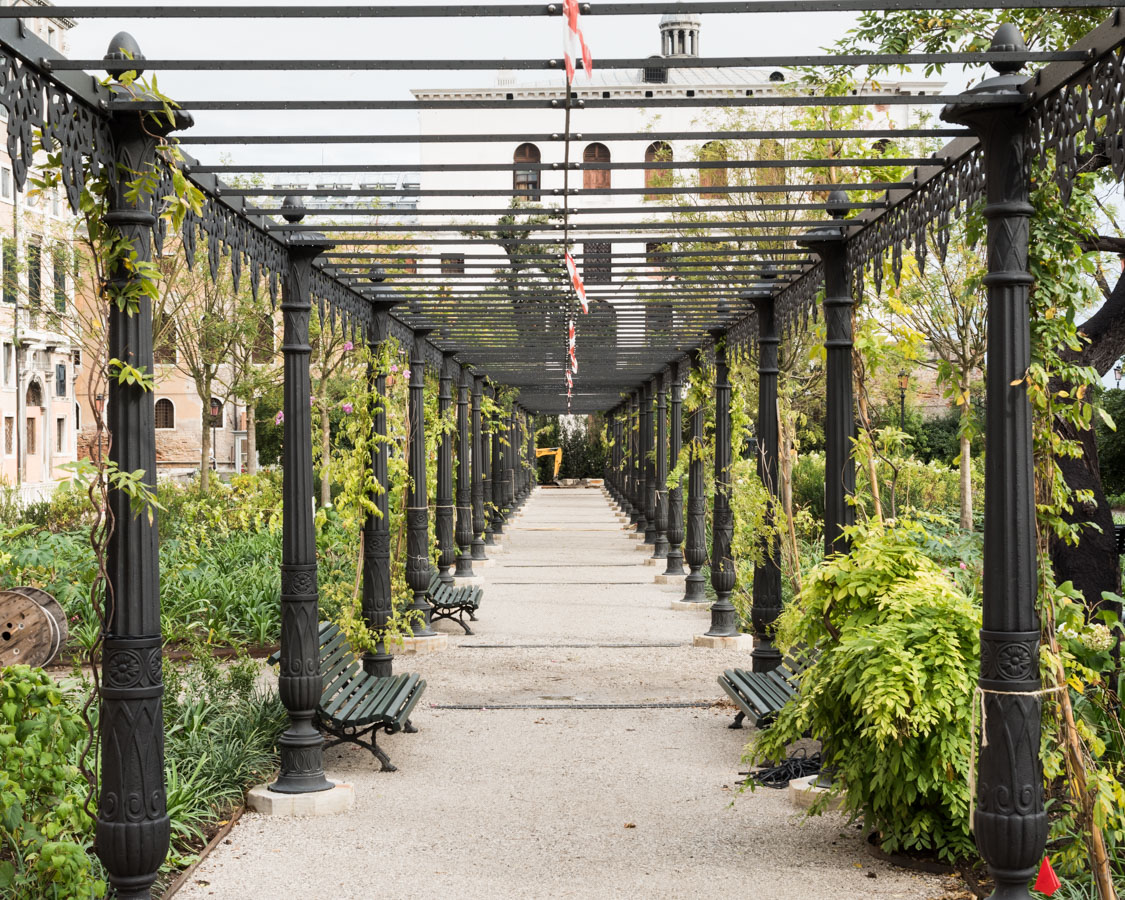 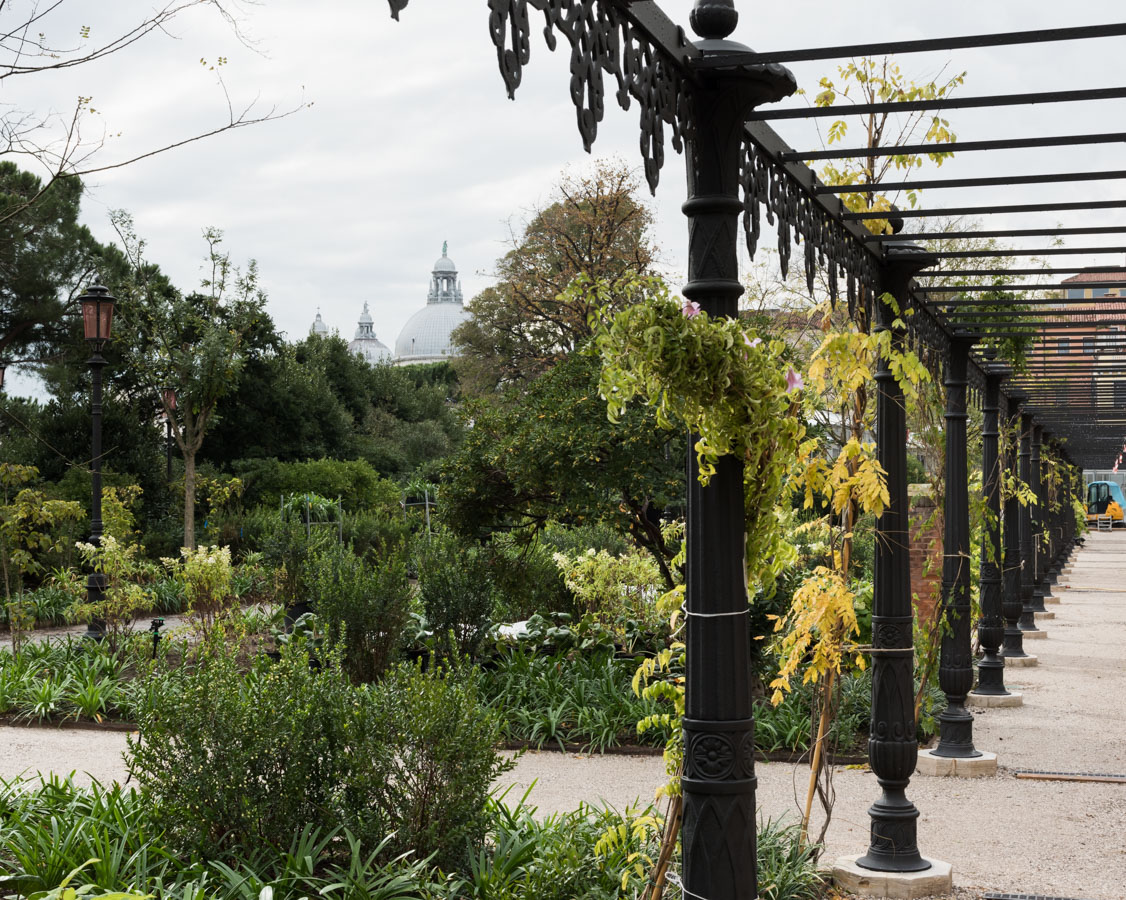