The main gate and lampposts

Made in 1816, and composed of two fixed exterior leaves and two central leaves that can be opened, the gate is a true work of cast-iron art and outstanding technical ability. It is composed of iron elements and ones obtained from fusion held together by pins and joints.

These nineteenth-century fixtures had become so badly oxidized that their surfaces were extensively damaged by corrosion. In addition to restoring their exteriors, the project involved totally removing the incongruous concrete bases on which they were set. New bases, in keeping with the style of the lampposts, were produced using cast-iron fusion, designed so that the height of the lampposts would be the same as it had originally been. 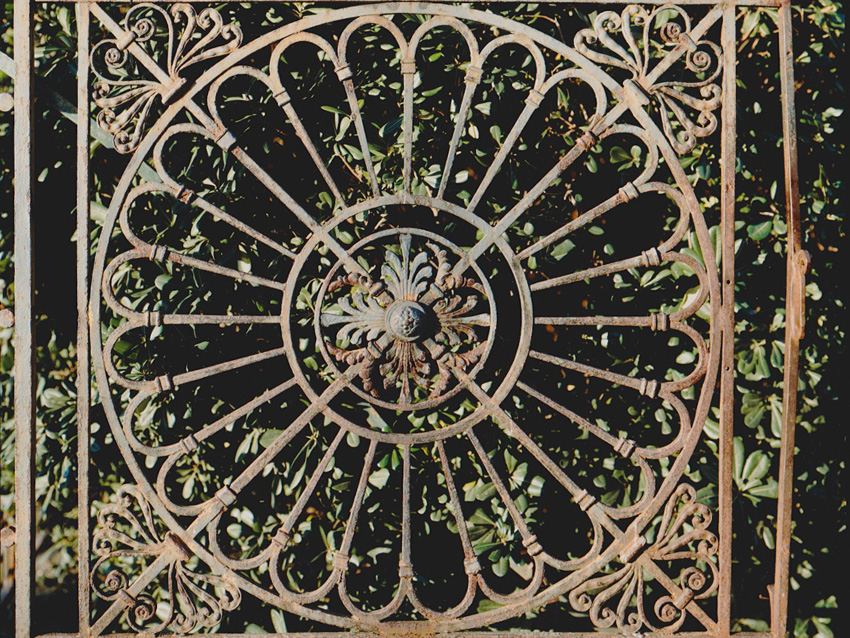 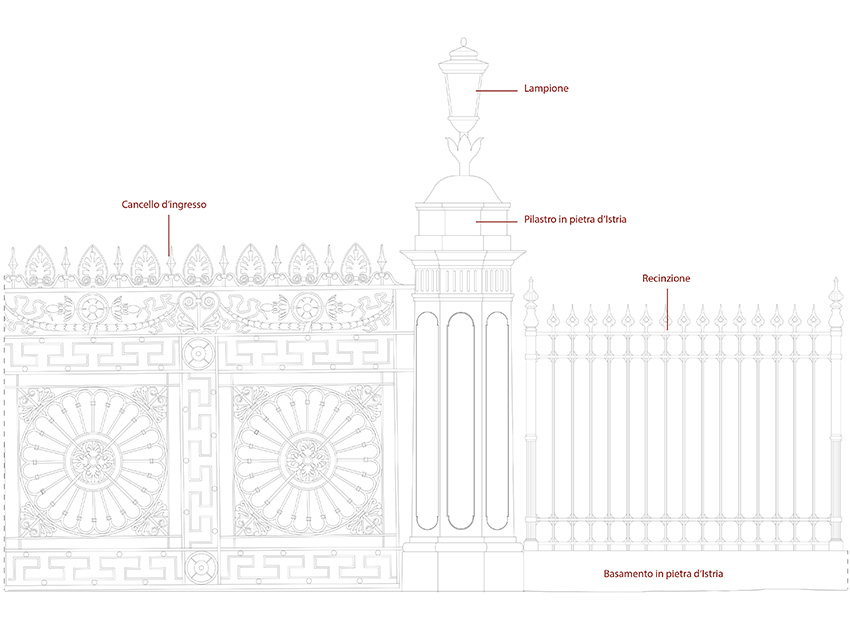 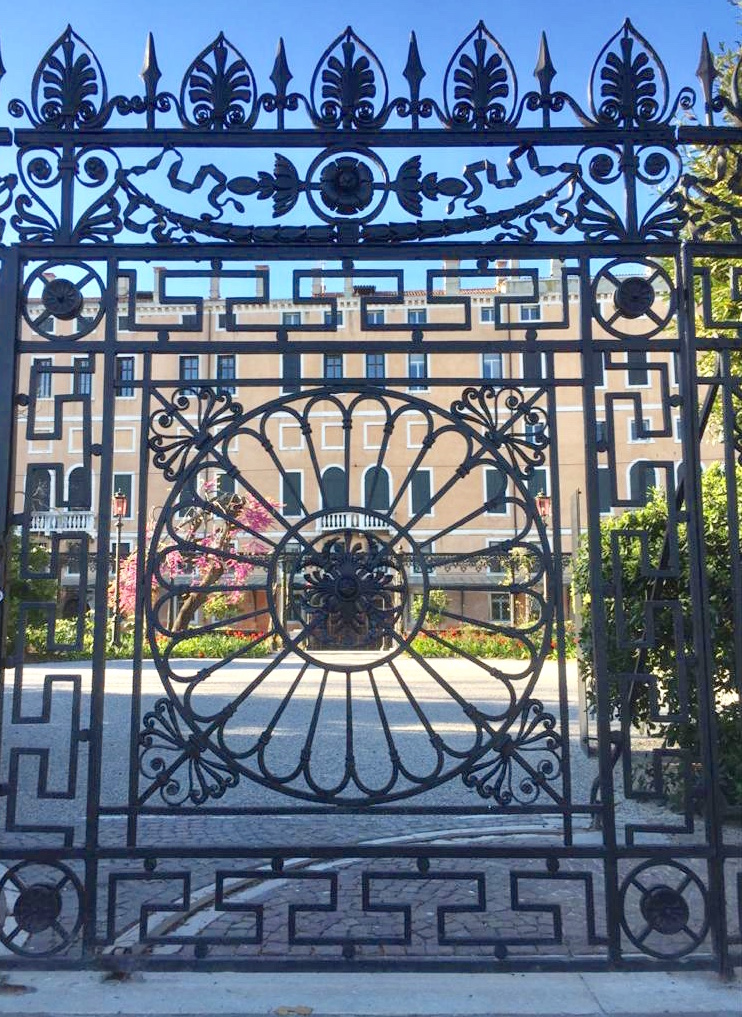 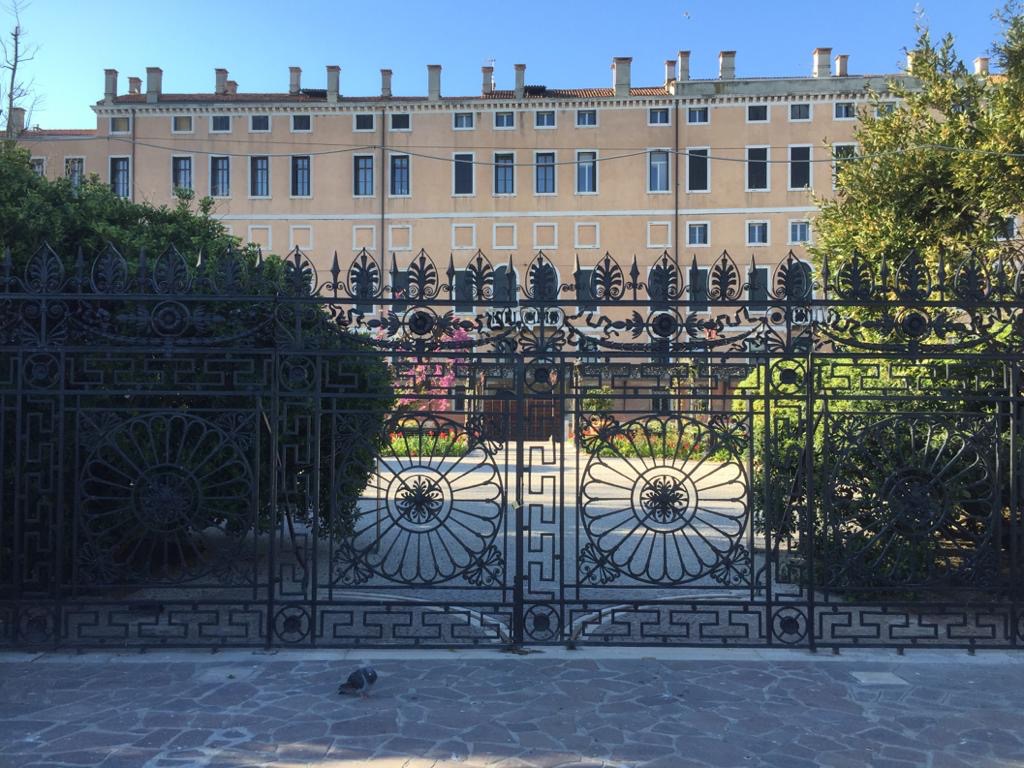